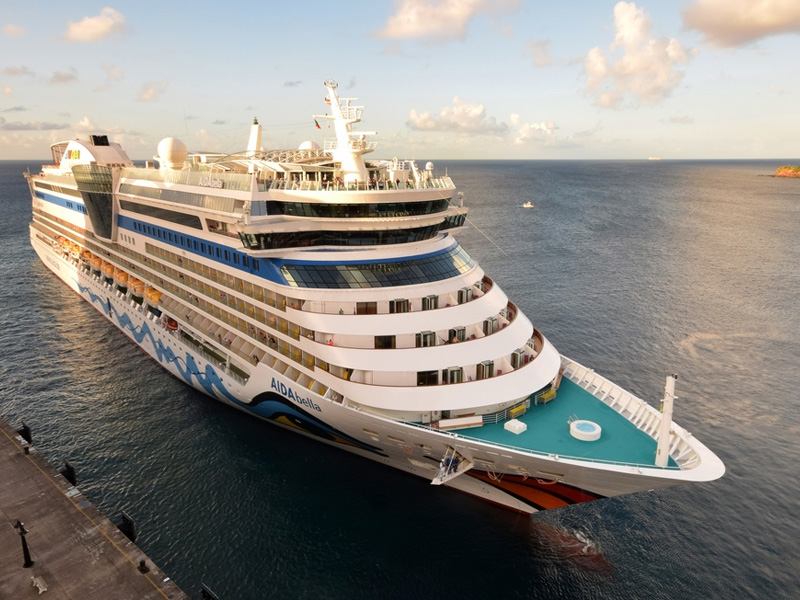 Beach vacations and wildlife safaris are a thing of the past! The latest tourist attraction is cruise vacations and many come to Asia to visit beautiful countries from the luxury of a ship! Cruise passengers who head east will not be disappointed. Who can fail to be enthralled by cities such as Singapore and Hong Kong, the night markets across the region, the temples and cherry blossom in Japan, or the temples of Angkor Wat in Cambodia? If something more adventurous appeals there are excursions to rainforests, close encounters with orangutans in Borneo and trips to see the Komodo dragons in Indonesia. Read on to know what are the top 14 cruise destinations in the Asia: 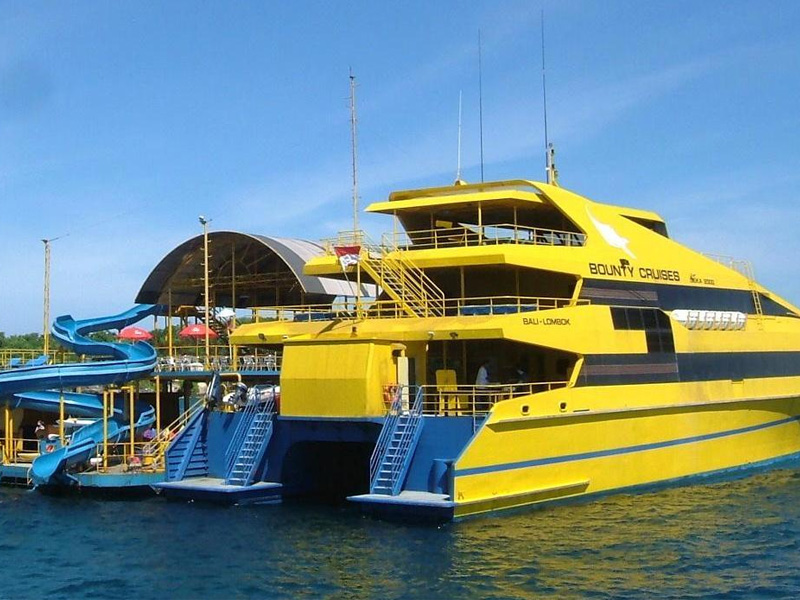 The white sails of one of Star Clippers’ tall ships will be billowing in Indonesia for the first time this summer as the company returns to Asia with exotic new island-hopping voyages from Bali. The cruises are on the four-masted Star Clipper, which will be scouting out quiet harbours and bays where white-sand beaches, snorkelling, and tours to volcanoes, temples and markets are the main attractions. Choose an eastbound itinerary to see the dragons in Komodo National Park and a westbound one to cool off in the spray from the gushing Sendang Gile Waterfall in Lombok. Bali makes it to every list that talks about the top 10 cruise destinations in Asia.

[ Suggested Read – Top 20 Things to Do in Bali Indonesia ]

What is it like to cook for the Queen and what were Bill Clinton’s favourite foods? All will be revealed when Darren McGrady, chef to the Royal family and five US presidents, is special guest on Seabourn’s 18-day cruise from Hong Kong to Kobe in Japan in April. As well as talking about life in the Royal kitchens McGrady will be showing passengers how to cook some of his favourite dishes. The cruise visits Taiwan and spends three days in Shanghai. In the Japanese city of  Yokohama a traditional Japanese dinner and geisha performance is among the optional tours. 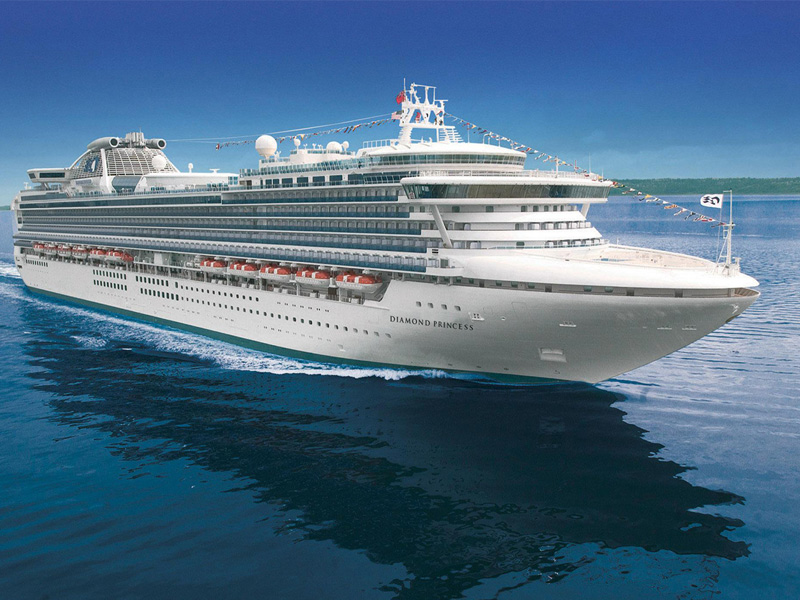 Princess Cruises’ has a record 39 cruises in Japan this year. On a 14-day voyage in July the ship will be in the port of Aomori for the start of the Nebuta Festival, when colourful paper floats inspired by Japanese folklore are paraded around the city. Sailing round-trip from Yokohama, the cruise also visits Nagasaki, Hakodate and the former penal colony of Korsakov in Russia. 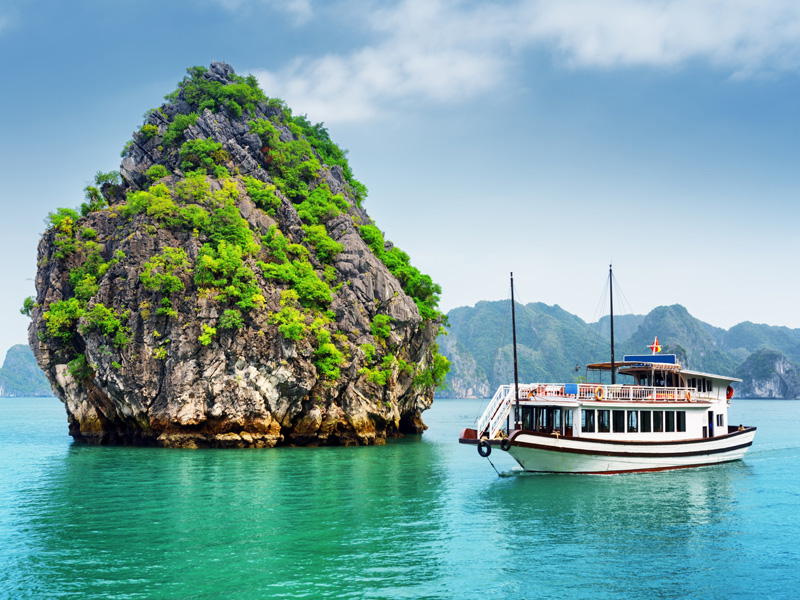 The last 40 families living in floating fish farms in Ha Long Bay in the Gulf of Tonkin in Vietnam must move to new dwellings on land by the middle of 2018 (to comply with Unesco demands to protect the environment). Time is short to see this way of life before it disappears forever. Silversea’s Hong Kong to Singapore cruise in November stays overnight in Ha Long so you can take a junk cruise around the limestone karsts that dot the bay. 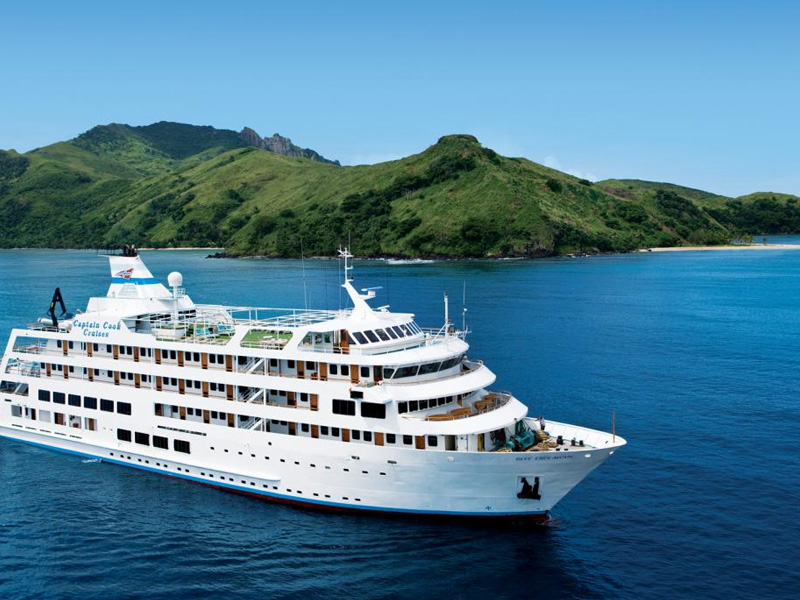 Can’t afford the time to cruise around the world? Fly to Thailand and you can do a portion of Cruise and Maritime Voyages’ first round-the-world sailing on Columbus. You can visit 10 ports in Vietnam, Thailand, Singapore, Malaysia, Sri Lanka and India, before sailing through the Middle East and Mediterranean and disembarking in Tilbury. For the cheapest cruise tour packages thailand, book from Smart Holiday Shop and embark on a memorable experience! 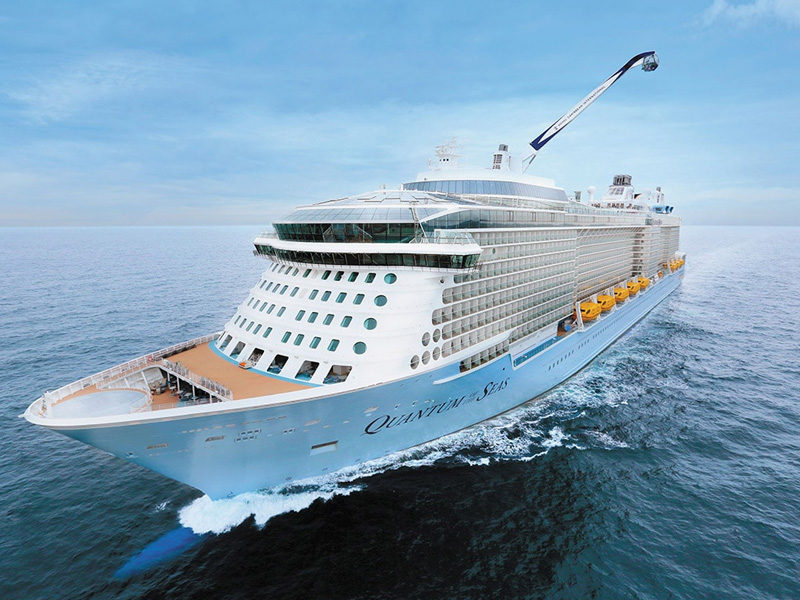 A traditional Chinese acrobatic show in Shanghai and a bumboat cruise in Singapore await on Imagine Cruising’s new Asian Fusion cruise-and-stay holiday this autumn. The nine-night cruise is on Royal Caribbean International’s Mariner of the Seas. The ship is sailing from Shanghai to Singapore via Xiamen in southeast China, Hong Kong, where there is a late departure, and Ho Chi Minh City (you will be docked in Phu My, about 90 minutes from the city) for an overnight stay.

Taiwan’s Pingxi District lights up each year as hundreds of thousands of paper lanterns carrying wishes and prayers are released into the night sky to mark Chinese new year. You can join in the celebrations on a 14-night voyage from Singapore to Hong Kong on Celebrity Cruises’ ship Celebrity Millennium, which will arrive early in Taipei on March 2 and stay into the early hours of the next morning so passengers can visit Pingxi (from $79/£63 per person for a four-hour excursion including a lantern). Other calls on the cruise include Laem Chabang (for Bangkok) and Phu My (for Ho Chi Minh City).

Cunard’s Queen Elizabeth will be cruising in Japan in March 2018 on her way through the Far East on an epic four-month world voyage. For those seeking a quicker way to see Asia, Planet Cruise has an exclusive 17-night holiday that pairs a segment of the voyage between Osaka and Shanghai with two hotel nights in each city at the start and end. With luck, Japan’s famous cherry blossom will make a show. Highlights include Hiroshima’s haunting Peace Park, a shoju (similar to sake but stronger) tasting at a distillery in Kagoshima and a trip on the Bullet Train. 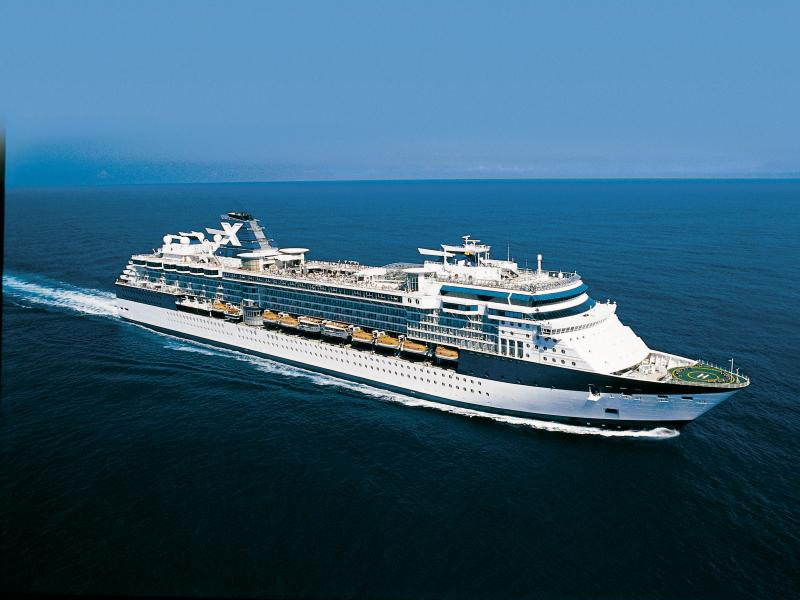 Get your yin and yang back in kilter on this cruise from Singapore to Colombo, Sri Lanka on the award-winning Europa 2. On sea days specialist trainers are on board to impart the relaxation methods of the Far East. Destinations include beach calls in Thailand and the stunning Andaman Islands and there is a busy two-night stay in Yangon in Burma. From here there are optional excursions to the city’s Shwedagon Pagoda and to Bagan, famed for its thousands of temples, stupas and pagodas that dot the Bagan plain.

[ Suggested Read –  Things to do on a Honeymoon in Sri Lanka ] 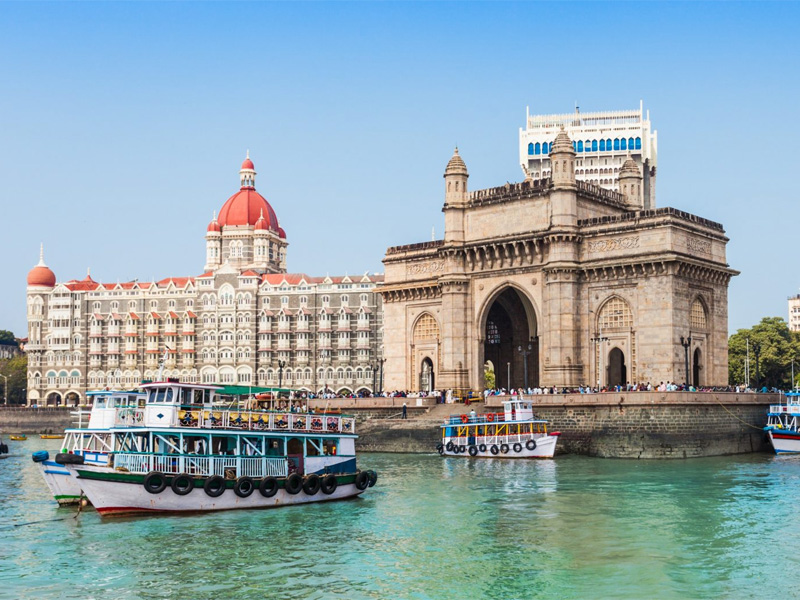 Luxury line Crystal Cruises is heading to India for the first time next year on an 18-day voyage from Singapore to Mumbai. This is a leisurely itinerary with overnight stays in both of those cities, as well in Phuket (Thailand), Yangon in Burma, Colombo (Sri Lanka) and Cochin in India. The itinerary allows plenty of time to go ashore and explore in the evenings. Excursions include a visit to Pinnawela Elephant Orphanage by Viceroy Train, a 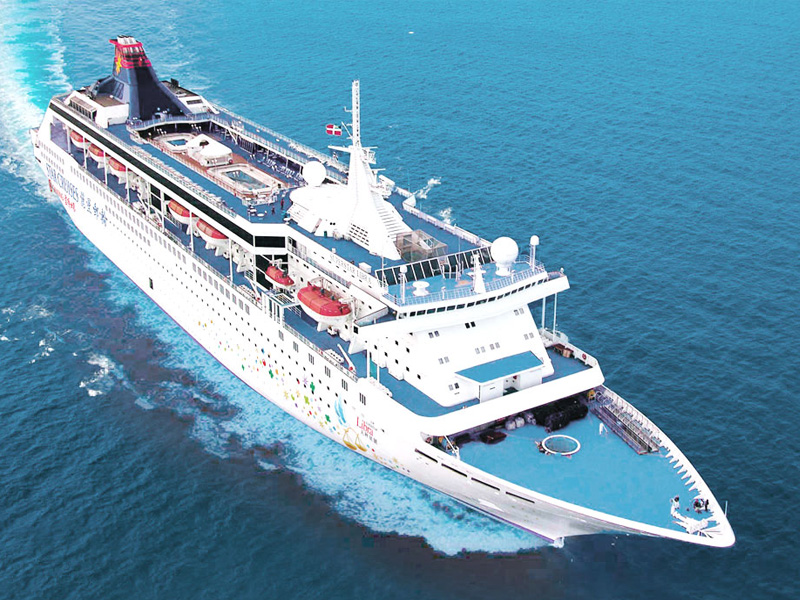 Malaysia is bestowed with a number of islands and beaches but the one that truly stands out as a one of the best honeymoon destinations in Asia in summer is Langkawi. The surreal beaches and dense mangrove forests of this place makes it a tropical favourite. This place is also ideal for couples looking for some moderate adventure. Honeymooners can indulge in watersports, great dining options and the fantastic shopping scene. 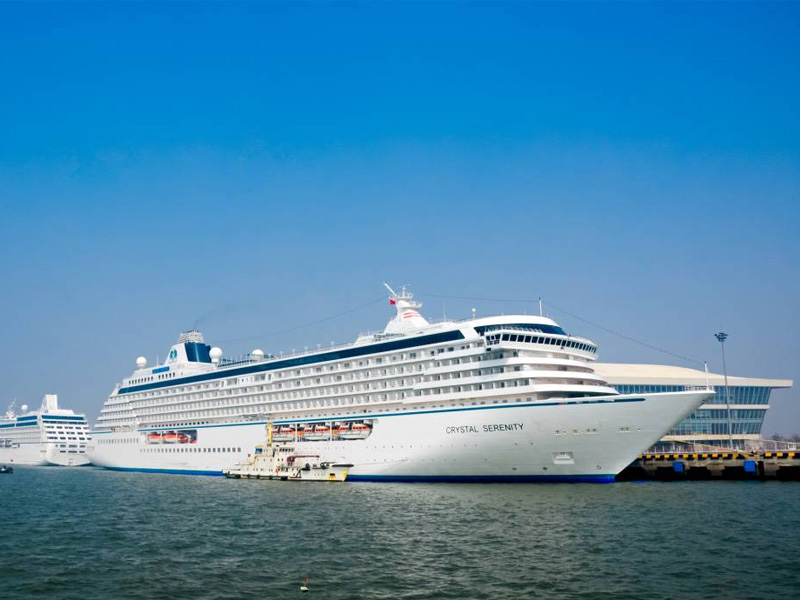 Apart from the ancient architecture that attracts tourists, the jaw-dropping modern buildings in Beijing do a fine job of boasting the city as the capital of an emerging world power, China. Beijing houses some of the most popular structures that pay an ode to its imperialist past such as the Chairman Mao Memorial Hall, Tiananmen Square, the Hall of Preserving Harmony, The Great Wall, Forbidden City & the Ming Tombs. While it is clearly the political capital of the country it is also the lesser-known cultural capital with ancient temples, palaces and the delectable local cuisine. 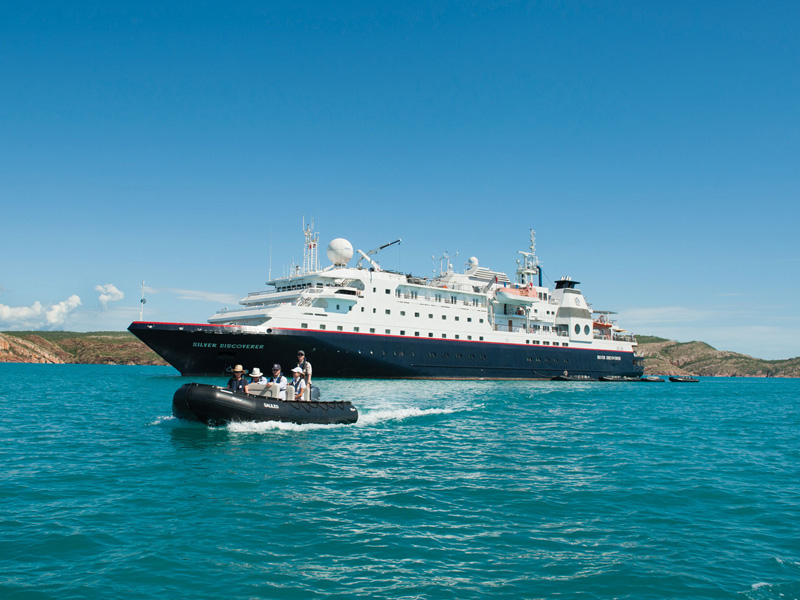 The smallest island country in the world, Maldives  can work up magic in your love life. Known for its turquoise blue waters, world class scuba diving scene and a romantic milieu, it is among the best honeymoon places in Asia in May, June, and July. Floating bungalows and honeymoon resorts set on some of the bluest water you have ever encountered will make you and your partner want to stay here forever. 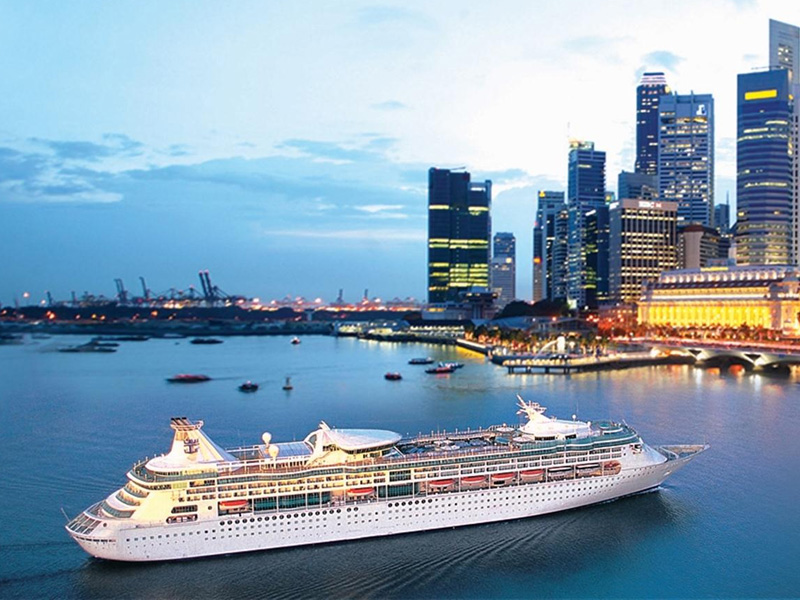 Singapore is a perfect marvel of the Asian continent. The thing that really makes the city a delight is its innumerable romantic sports blending well with the modern architecture and  natural beauty that makes it one of the best honeymoon destinations in Asia. Check out the most romantic Singapore honeymoon packages to make your first love trip most alluring. For the best cruise in singapore holiday packages, book from Smart Holiday Shop! 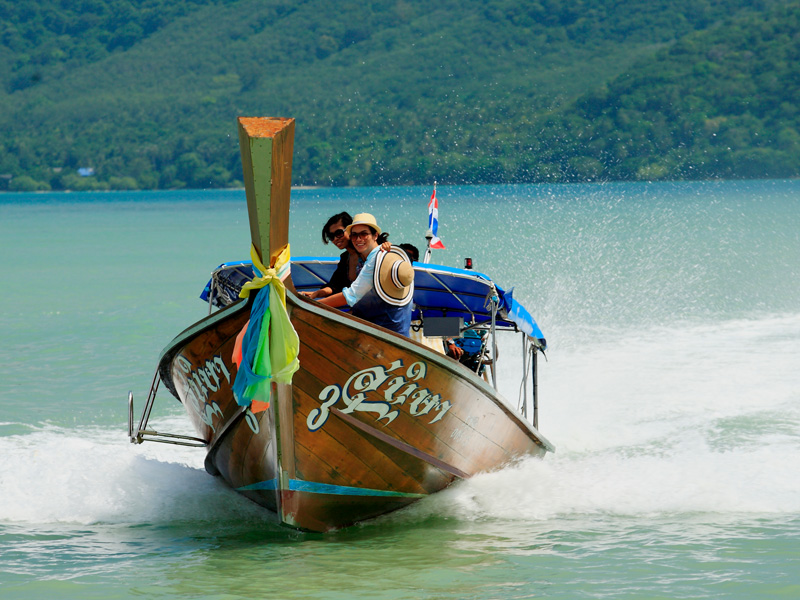 Phuket is a truly bright and vibrant destination with a spectrum of colours that we can sight in the pink sunsets, blue lagoons & orange clothed monks. Phuket ticks all the checkboxes for a relaxing vacation for a couple. You can head for a romantic stroll along the shoreline, look at the sunset together, experiment with the water sports or party at the beach shacks to have a fabulous time.

We know you want to don on the sailor’s hat and clothes and embark on a memorable cruise vacation after reading about the places above! For best holiday cruise packages, you can contact Smart Holiday Shop at info@smartholidayshop.com or 7838398058.